Half of ‘natural’ foods unhealthy: report 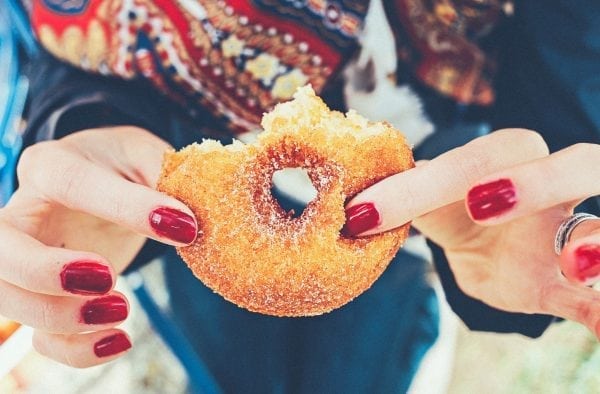 Shoppers are being urged to resist falling for unregulated health claims

Australians are being urged to be wary of foods which claim to be ‘natural’ with new research showing that almost 5 in 10 ‘natural’ products are high in saturated fat, sugar and/or salt.

LiveLighter analysed the nutritional quality of 331 supermarket foods with the words ‘natural’ or ‘nature’ on the packaging and found that 154 (47%) were not a core part of a healthy diet, as recommended by the Australian Guide to Healthy Eating[1].

Despite this, more than three in five Australian adults said they were more likely to buy food or drinks described as ‘natural’[2].

“The word natural can be very hard to define and in Australia there are no clear guidelines for its use on food and drink products, leaving manufacturers free to use the word in a way consumers might not expect.”

Of the 97 ‘natural’ foods found in the snack food aisles, almost 9 in 10 were found to be unhealthy[3] and should not regularly be part of a healthy diet.

“We found that ‘natural’ is most commonly used on products like snack bars, muesli bars, chips, lollies, crackers and biscuits located in the snack food aisles of the supermarket,” Ms McAleese said.

“Unfortunately, the majority of these items are high in saturated fat, sugar and/or salt and should not be eaten on a regular basis.”

Some brands use the words natural or nature in a product name or to describe a product, such as Heinz Organic Tomato Ketchup with ‘natural’ ingredients and Ajitas Vege Chips ‘Natural’ flavour, while others go as far as to feature ‘natural’ in their company name, for example the Natural Chip Company and The Natural Confectionery Co.

Heart Foundation Victoria Healthy Living Manager Roni Beauchamp said if you’re looking for a snack that is truly natural and good for you, steer clear of the products in the snack aisles entirely.

“Stick to the outer aisles of the supermarket where you’ll find an abundance of nutritious foods to snack on, like seasonal fruit, vegetables like celery and carrots which you can cut up and enjoy with hummus or ricotta cheese and reduced-fat plain or Greek yoghurt,” Ms Beauchamp said.

“Also consider doing your food shopping at greengrocers, markets, butchers and fish mongers, where you are more likely to be presented with less processed, healthier options.”

Which types of food and drink products carried natural claims?

About the study: LiveLighter researchers searched Coles and Woolworths online for products which include the word natural, nature or nature’s in the brand or product name or on the item’s packaging. A total of 603 products were found across the supermarkets’ online shopping websites. This included 272 non-food items such as vitamins, cleaning products, toiletries, clothing and pet food.

LiveLighter is a public health education campaign which encourages Victorians to lead healthier lives by changing what they eat and drink, and being more active. Delivered by the Cancer Council Victoria and Heart Foundation, the LiveLighter campaign is funded by the Victorian State Government. For more information visit www.livelighter.com.au

[1] Food and drinks which did not fall into one of the five core food groups as recommended in the Australian Guide to Healthy Eating (AGHE) were deemed ‘unhealthy’ in the report. These are discretionary foods which the AGHE recommends eating only sometimes and in small amounts.

[3] The Food Standards Australia New Zealand (FSANZ) Nutrient Profiling Tool was used to calculate the healthiness of products found in the snack food aisles. This score was then used to determine if it falls into one of the five core food groups in the Australian Guide to Healthy Eating.

Latest
Best Selling
Our next webinar
Powered by Eventbrite